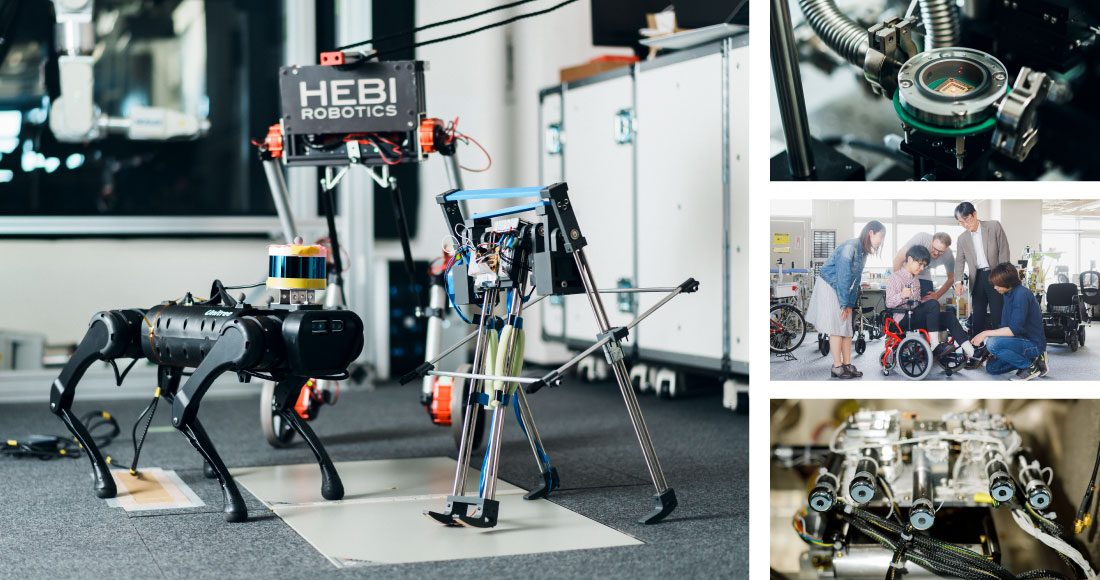 About the Department of Robotics

At the Department of Robotics, we deal widely with technology that will create future robots as well as foster the coexistence of humans and robots that hopefully results in a symbiotic relationship. This relationship could benefit humans in areas such as being active in rapidly aging societies with low birth rates to high autonomy smart mechanical systems in lieu of workers to intelligent space faring machines that extend the concept of robotics. The goal of robotics is to establish a smart society and delve into nano-robots that are configured with parts on the molecular level by concepts like DNA. This department consists of a chair of robot systems and chair of nano systems. The research objectives range from robotics to intelligent mechanical systems, neuro-robotics, biomolecular machine research, micro-nano systems that core technology is MEMS and others. The research methods can suitably be called comprehensive as it ranges from theory construction, design and simulation to prototype and development, piloting experiments, societal implementation, and more. The Department of Robotics is researching and educating to lead and unlock a future of robotics.